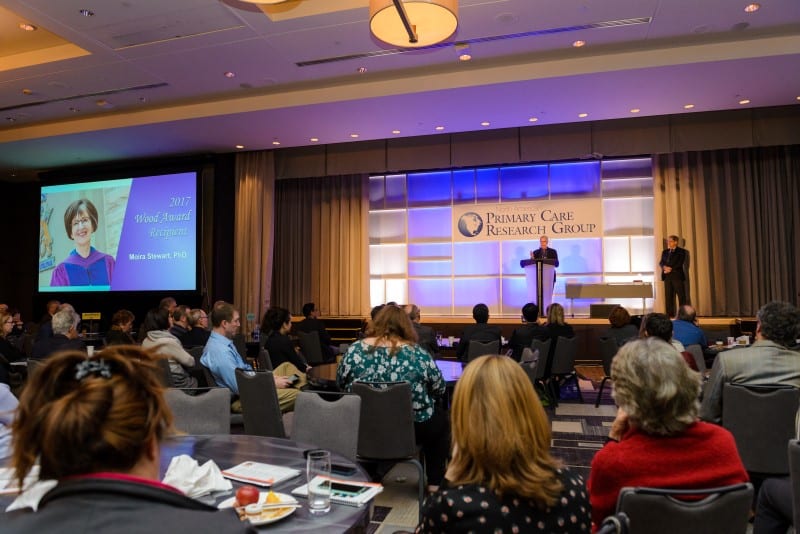 Planned by a small staff, each wearing many hats for the organization, they needed a professional meeting planner to plan the details of the meeting logistics, assist with menu selections within their budget and execute with the venue and other vendors on site so that they could focus on attendee and speaker needs.

MJMeetings helps their staff save time and money by taking time-consuming tasks off their plates like menu planning, budget management and vendor negotiations.

Using tried-and-true meeting planning tools to get the job done efficiently, MJMeetings works with NAPCRG and the venue to make it all come together onsite: 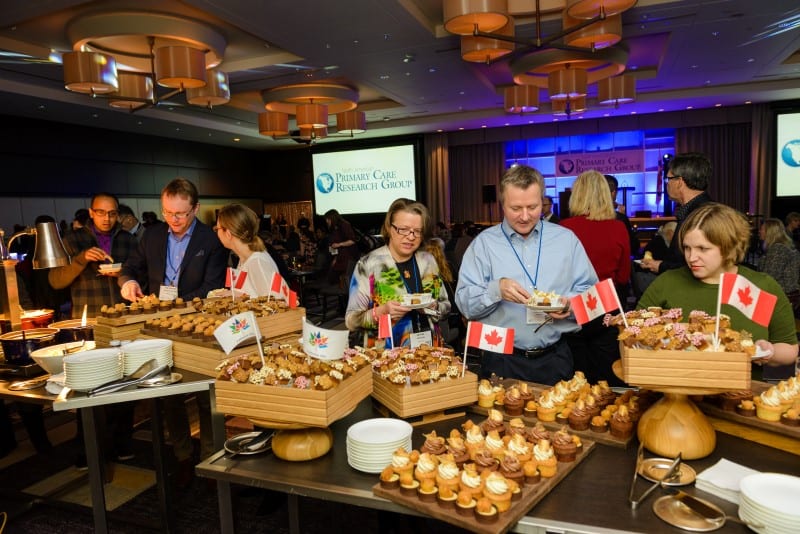 The NAPCRG annual meeting continues to grow in size and scope.

The association feels confident that with these changes and MJMeetings on their side, they can always adapt without sacrificing attendee experience.

NAPCRG was so satisfied with MJMeetings that after just the first year of working together they agreed to an additional three-year contract to continue.

“I’ve known Missy for many years and actually worked with her for the last three. She has an amazing knowledge of the meetings industry and is one of the most professional people I know. I would highly recommend her for any type of meeting/event knowing she will never disappoint. I look forward to working with her on my meeting for years to come.”

Corporate meetings exist to drive results and deliver employee outcomes. The planning timelines can be short but delivering impact is paramount. Partnering with an experienced meeting and event planner can make all the difference.

Petco’s Event, Meeting and Travel Management Department was in desperate need of some help. The Senior Manager of the department approached MJMeetings for some consulting and project support.

With a department that was down by two full-time staff due to turnover, a department head who was pregnant and anticipating maternity leave (going into and during their biggest meeting of the year), and a workload that was aggressive for any in-house meetings team, they needed an experienced professional who could give them a boost and provide support when they needed it most.

MJMeetings was brought in to support meetings and events already underway in the planning process through project assistance, to consult on upcoming events in the near future pipeline and to help guide a young, green team of fresh meeting planners. 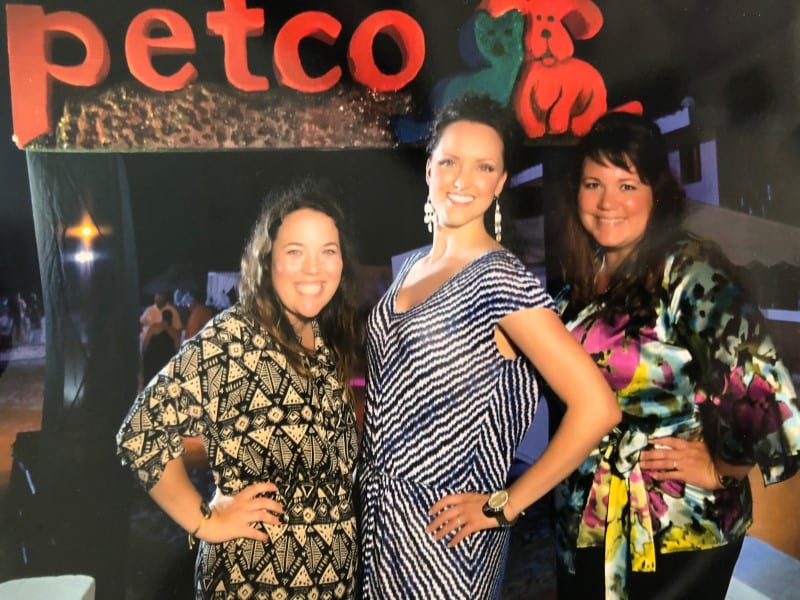 With guidance from the department head and working closely with the staff, MJMeetings worked as an extension of their staff on specific projects within existing meetings.

Project management of major meeting elements like menu and budget planning for their largest employee summit, planning and coordination of the rescue-pet fashion show during their gala fundraiser and management of gifts and individually selected activities for top performers at their beach incentive trip are just a few of the solutions provided.

MJMeetings was also able to provide guidance and mentoring of young meeting planners who had challenges in different ways working for such a large corporation with an aggressive workload. Coaching and mentoring them through each project and assignment was a highlight.

The client was pleased with the expertise that MJMeetings provided with little guidance and direction on projects. They appreciated our working style and being able to run with many balls-in-the-air while maintaining professionalism and a great attitude.

“I’ve had the privilege of utilizing Missy Johnson’s meeting and event consulting services at Petco Animal Supplies, Inc. Missy is an admirable example of a top-notch meetings and events professional. Her exemplary reputation in the industry preceded her, and I have been pleased with her work on our meetings and events. Missy is professional, knowledgeable, experienced, and confident…all while being warm, fun and easy to work with. While working on our events, Missy easily transitions between working with and mentoring up and coming event professionals and earning the respect and confidence of senior executives. She seeks to understand the purpose and objectives of each project and frequently pursues feedback on her work to ensure she’s meeting and exceeding expectations. Missy is an outstanding meeting and event professional and I’m honored to write a recommendation for her.” 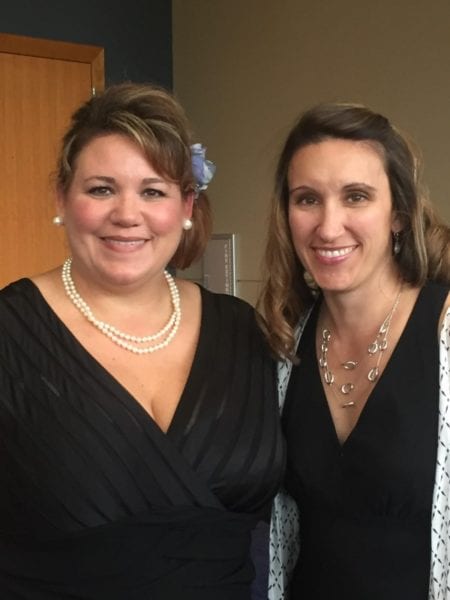 The World Outreach Foundation Kansas City (WOFKC) is a non-profit organization whose mission is to provide healthcare services to the homeless of Kansas City and in underserved developing countries.

Established in 2014, the main annual fundraiser to support this mission is a black-tie gala called Dancing with a Mission (DWAM). Approaching the fourth year of the event, MJMeetings was brought onboard to professionalize the event planning and elevate the overall attendee experience.

Planned mostly by one full-time staff and volunteers in the past, the organization realized that while their event had built momentum, in order to keep attendance and revenues growing, it was necessary to bring in the experience of a professional event producer. 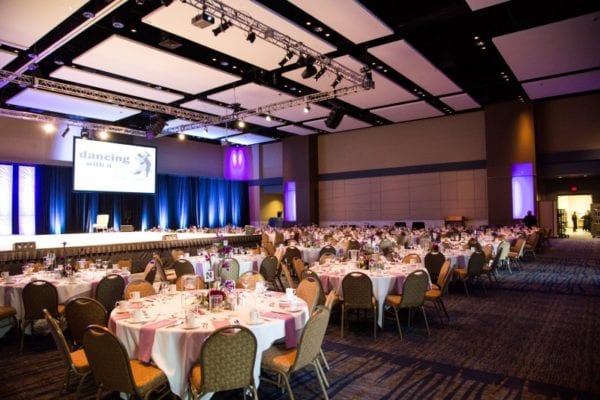 The event had typically attracted around 450 people but the goal was to reach 500 while also elevating the overall experience for an audience that comes back year after year.

MJMeetings worked with the Executive Director and the Gala Chair (a volunteer) to create several strategic documents and elements that had never been used before:

-A comprehensive planning timeline which highlighted all tasks, vendor deadlines and details to keep the project planning moving forward proactively.

-An itemized budget document that allowed for tracking all revenues and expenses in real time and allowed the planning team to make decisions affecting the budget more effectively.

-A reimagined stage and room set for enhanced audience enjoyment and overall improved look-and-feel which gave the attendees and participants something new.

-A focus on expert negotiation of all expenses and analysis of overall spend to keep expenses within budget and revenues growing, thereby allowing for net financial gain even AFTER paying for consulting services provided by MJMeetings. 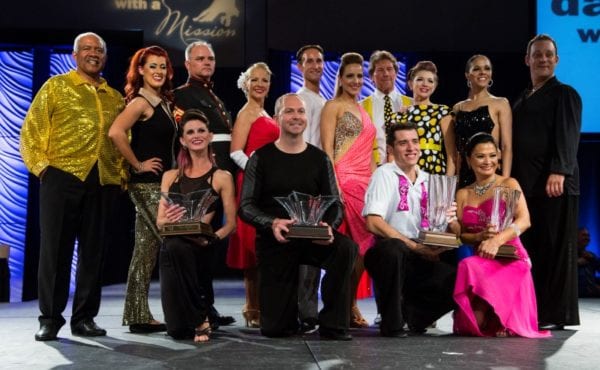 The event goals were reached…attendance increased by 15% and the net financial gain was $70,000 over the previous year, almost a 50% increase in fundraising to support their important mission.

Feedback from attendees, sponsors and other stakeholders continues to be positive and the organization is once again partnering with MJMeetings on the 2018 DWAM gala.

“The main fundraiser for WOFKC has been, since 2014, Dancing with a Mission. The event has grown over the years and the amount of work needed to coordinate and plan the event has increased exponentially. 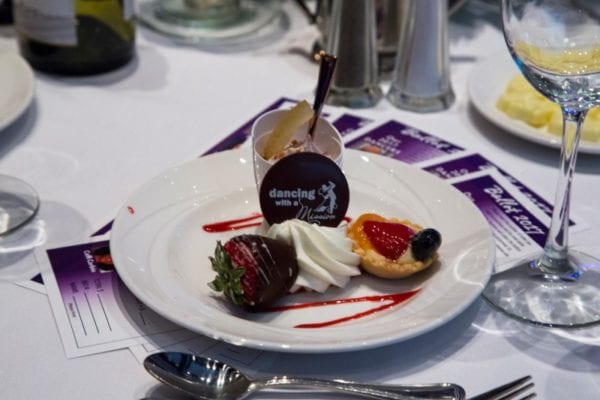 In 2017, for the first time, we decided to hire an event professional to oversee and manage the event. This was a major step for us as previous events had all been managed “in house” but we chose Missy to be our event planner and the results were transformational.

We anticipated that the planning would be more effective under a professional, but Missy’s expertise also allowed us to extend the boundaries of the event itself. Her ideas and suggestions greatly improved the event on the night and her diligence and timely management on all the vendors and performers meant the stress on the committee members was far lower than previous years, and the results better.

It can be a difficult decision for organizations to take the step of hiring a professional organizer. Some may be, as we were, concerned about the cost but I can assure anyone thinking of hiring Missy that you will get more than your money’s worth not only in the increased efficiency of your planning efforts and the new ideas she will bring to the table but also in her skill as a negotiator that will yield you better pricing in many areas too. The feedback we received from our vendors, donors and participants was uniformly positive and all appreciated having a professional in charge of the event this year. I highly recommend Missy for any event you are planning.”

If you’re looking for expertise to elevate your next meeting or event, you can reach me at missy@mjmeetings.com or 913-645-6649.